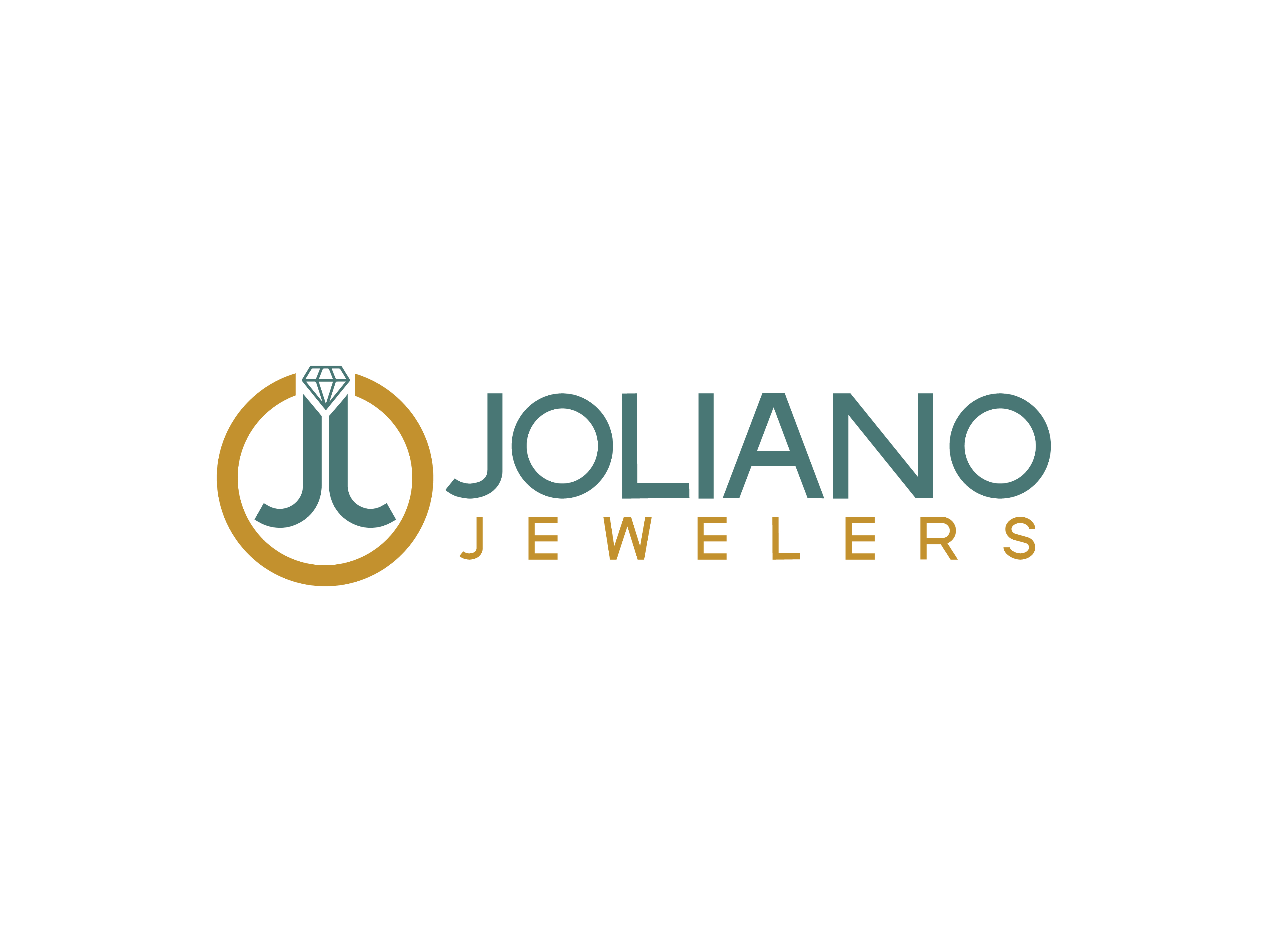 Celebrate your special milestone anniversary or the birth-month of a loved one by sharing a lasting and lovely gemstone. There are many myths and legends about the healing properties of birthstones including heightened powers during its assigned month, but no matter the myth, the fact is that these gems make very meaningful gifts.

Consult the gemstone guide below and see which birthstone or birthstones are assigned to which milestone and month. Use this information to personalize a gift for someone or for yourself. If the gemstone you are looking for is not listed on our website, simply contact an our customer service representative for a special quote. For a multi-color gemstone choice, you will receive all semi-precious options with the exception of tanzanite, ruby, and sapphire.

Garnet is the birthstone for the month of January and anniversary gemstone for the second year of marriage. This stone represents friendship. According to legend, garnets improve your personal relationships and protect you from harm. This benefit supposedly doubles if your birthday is in January. Often used as good luck charms by the European bourgeoisie in the 18th and 19th centuries, garnets are also thought to assure the wearer of love, devotion from loved ones, health, faithfulness and energy. Garnets come in a rainbow of colors, from deep red to vibrant green. The standard color is a medium red.

Amethyst is the birthstone for the month of February and the anniversary gemstone for the 6th year of marriage. Fine amethysts are featured in the British Crown Jewels. They were once believed to prevent drunkenness and protect people from contagious diseases, as well as to give courage, bring victories to soldiers in battle, and attract favors from those in high places. Other attributes that have been associated with the stone are its ability to soothe the nerves in times of stress, to make the wearer become calm and gentle, and to bring success in business. Amethysts are a purple quartz stone and come in a variety of purple shades including light violet to purple with deep red undertones.

Aquamarine is the birthstone for the month of March and is the anniversary gemstone for the 19th year of marriage. Aquamarine is named after sea water, as it sparkles like the sea and its color is light to medium blue. Aquamarines were believed to assure love, affection, youth, and health to the wearer of this stone. Aquamarine stones vary in color from greenish blue to blue-green.

Diamond is the birthstone of April as well as the anniversary gemstone for the 10th and 60th wedding anniversaries. This stone’s name comes from the Greek word adamas, which means unconquerable. Therefore, the gift of a diamond suggests eternal love, and the ancient Greeks even used the stone as their traditional symbol of love. A diamond’s powers are said to include healing properties as well.

The diamond is the purest of all gemstones and is generally a colorless stone, however, diamond color can vary from non-colored to shades of yellow, pink, blue and green. A colored diamond is typically referred to as “fancy” and is generally more expensive than colorless diamonds. A lab-colored or treated diamond is one which has been altered by added color. Joliano Jewelers strictly sells natural, untreated, colorless diamonds. If the diamond quality you are interested in is not listed on the website, please contact our customer service representative for a special quote.

Emerald is the birthstone of May and is also the anniversary gemstone for 20 and 35 years of marriage. Emerald is derived from the Greek word smaragdus, which means green. It is believed to signify rebirth and good fortune.

For many centuries, the sparkling beauty of a strand of pearls has been used for adornment. The ancient Greeks believed that wearing pearls would promote marital bliss and prevent newlywed women from crying. The pearl is known to many as a symbol of wisdom, wealth, faith, knowledge, and innocence. It has been said that if you wear a pearl next to the skin, it will give off a vibration that has healing properties. Pearls come in a range of colors which includes sparkling white, slightly pink, golden tones, and even greys or blacks.

Alexandrite is a fairly modern birthstone as it was discovered in Russia during 1831. The gem is lovely and versatile. Green or purple in color and with slight fluorescence, this gemstone may also appear to change color under different lighting conditions.

Ruby is the birthstone of July as well as the anniversary gemstone for the 15th and 40th years of marriage. The scarlet-colored gem is said to bring health, happiness, wisdom, and particularly good luck to gamblers and lovers. Ruby is regarded as a regal and sacred gem. In ancient India, the ruby was called “the king of gems.” It was said that if you dreamed of a ruby, it indicated success in business and good fortune in money matters.

A top quality ruby is a pretty rare find, and color is one of the most important factors. A medium or dark vivid red is the most valuable ruby color, however, a ruby can also be light red and can even have undertones of purple and orange.

Peridot is the birthstone of August as well as the gemstone for the 1st year and 16 years of marriage. Peridot is rare, and one of the few gemstones to come in only one color, green. The Peridot is said to symbolize the sun and brings power and influence to those who wear it. This gem, which is sometimes referred to as the “evening emerald,” is often over looked, but truly quite amazing. Peridot gemstones are one of the oldest among gemstones with a rich history, making it a conversational piece for your jewelry collection.

Sapphire is the birthstone of September and the anniversary gemstone for the 5th and 45th wedding anniversaries. Sapphire symbolizes sincerity and faithfulness, and it is an excellent choice for an engagement ring. Regal and sacred, sapphires were worn by kings and queens for good luck. Their blue color is believed to symbolize heaven, and sapphires were believed to promote peace and happiness between lovers, and promote good health. Blue sapphires typically range from a very light blue to very dark green or purple blue. The most valuable blue sapphires will have a medium to medium dark blue color. Because this gemstone is part of the corundum species, it is also found in other colors such as pink, green, orange, purple and yellow sapphires.

Opal is a birthstone of October. Opals were once said to bring good fortune because they possessed the colors and powers of all gemstones. Since they are very sensitive to the atmospheric conditions, their brilliancy varies and is determined by the temperature and moisture in the air. Some say that an opal has a soul of its own, and that it attunes its soul to that of the person who wears it. Due to its propensity for color change, the opal is said to indicate the fortune of the wearer. In this way, bright colors are said to indicate good fortune and success, while dull and lifeless colors warn of disappointment and failure. Opals range in color from milky white to almost black with contrast flashes of green, orange, yellow, red, and blue.

Topaz is the birthstone of November (Yellow Topaz) and December (Blue Topaz). Blue Topaz is the anniversary gemstone for the 4th year of marriage. Topaz is known as the “stone of strength.” It has been said that topaz is a protector from travel accidents, prevents injury due to fire, and rids the wearer of fears. It has also been associated with bringing enchantments bringing wealth, and connection with the universe. Topaz can range in color from yellow to smoky browns or the popular light blue shade.

The citrine stone is an alternative birthstone for the month of November and is a golden-toned gem. Purportedly, these stones support vitality and health. Citrine comes in a variety of colors from pastel yellow to brownish orange. These stones are plentiful in nature and, therefore, are one of the most affordable.

Tanzanite was discovered during the late 1960s in Tanzania and is found exclusively in this tiny area of the world. Its typical rich, violet-blue color makes it a treasured gem. The variations in color range from blue to purple with a medium dark tone. Since tanzanite is often less expensive than a blue sapphire, it is often purchased as an alternative.